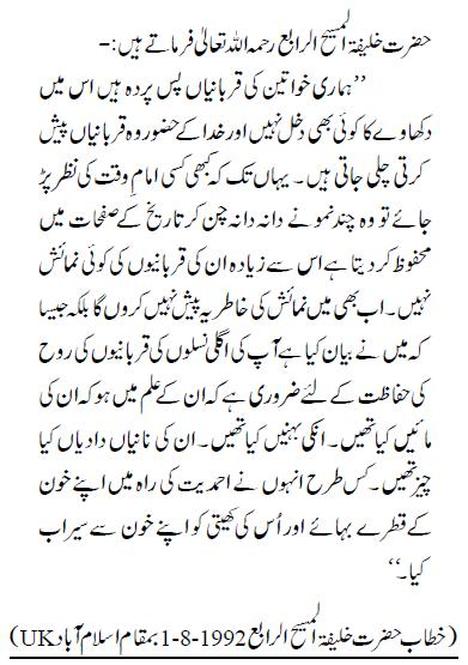 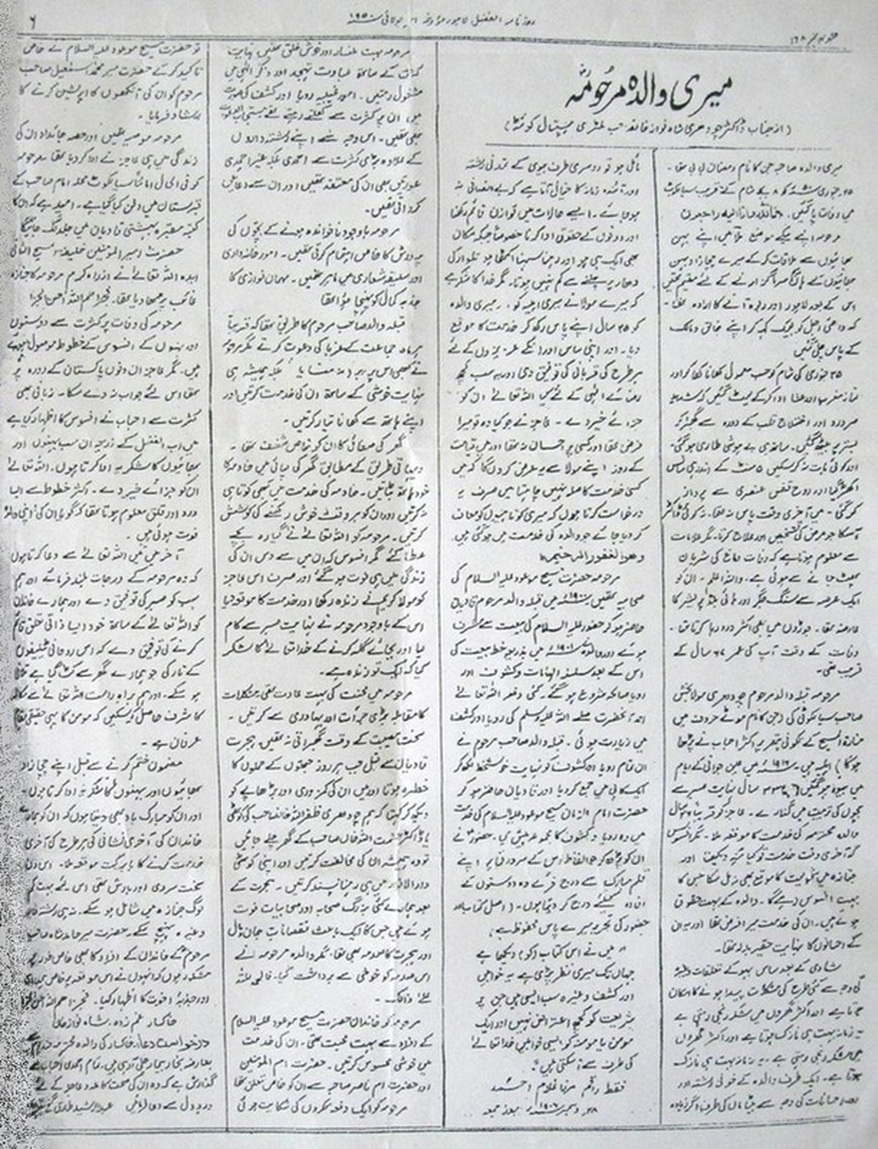 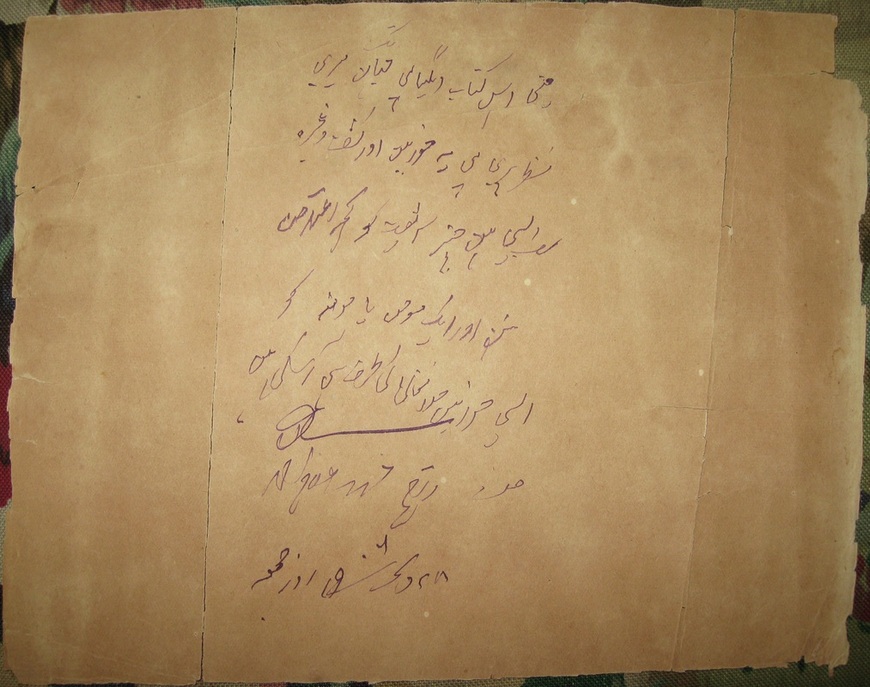 Riwayat Hadhrat Ramzan Bibi Sahiba
Her interaction with the Promised Messiah (AS), in her own words
Published in Seerat-ul-Mahdi Vol. 2, Part 5, No. 1342 & 1381
(Courtesy of Maulana Ghulam Misbah Baloch sahib) 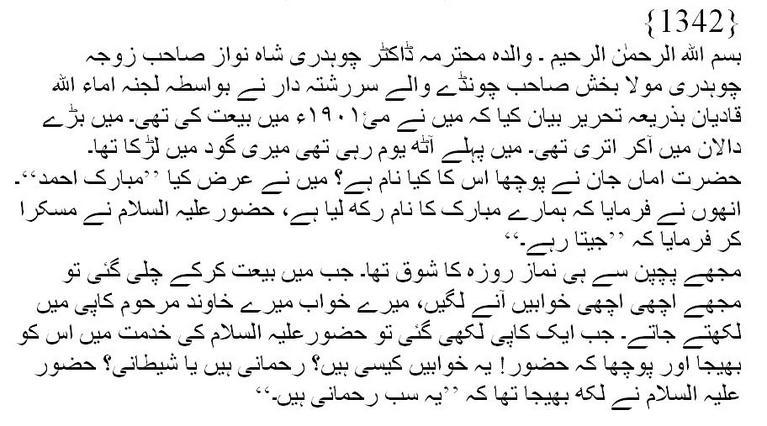 The word Sirishtadar means: The official in charge of records of a court of justice. Reference: A Santali-English Dictionary
The other words for Sirishtadar are Muhafiz-i-Daftar or Registrar. Reference: The Popular Dictionary

(1). Ramzan bibi's grandson Rafique Ahmad got extremely sick in his early childhood. When it seamed a hopeless case for the rest of the family after 9 months of an exhausting illness, her untiring care and unflinching faith in prayers brought that marasmic and rickety child back from the verge of death and finally a prescription by Hakim Nizam Jan of Qadian did the miracle.

(2). Syeda Apa Bushra Begum sahiba daughter of Syed Aziz Ullah Shah sahib ( who was later known as Syeda Mehr Apa sahiba (RA)) was a front-door neighbor and persistently came to see Ramzan bibi at her house in Qadian to ask for earnest prayers for her marriage as that matter got so much delayed because of known medical reasons. Finally that blessed marriage took place out of the blue with Hadhrat Musleh Maud (RA), who gave the Nikah Sermon after the Asr prayer on July 24, 1944 at Masjid Mubarak, Qadian.
In 1989, Syeda Mehr Apa sahiba (RA), at the request of Lt. Col. (R) Rafique Ahmad sahib honored and graced his house in Rawalpindi and stayed there for 2 days. She had high regard for the spiritual status of Ramzan Bibi sahiba and was witness to the acceptance of her prayers. She also told Dr.Tayyaba Rafique sahiba that one can read the details about the events and reasons that lead to her marriage with Hazoor (RA) in his Nikah sermon.

Anecdotes from the Autobiography of Dr. Shah Nawaz Khan 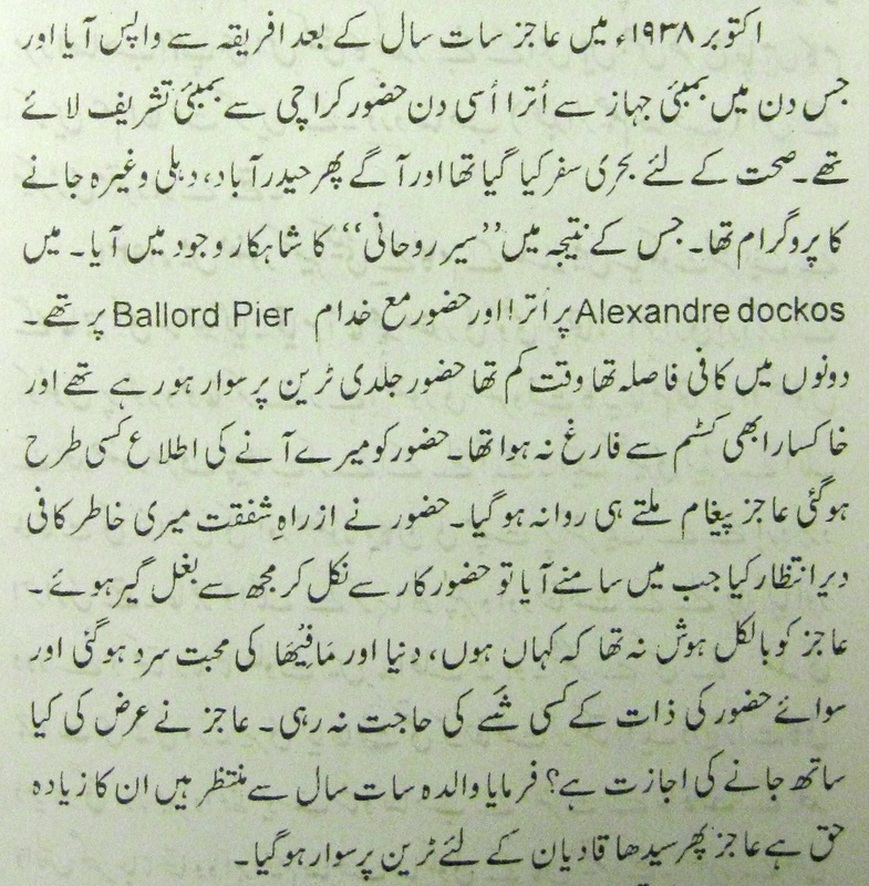 Between 1914 and 1918, the Bombay Port Trust reclaimed 22 acres of land at Ballard Estate using the material excavated from the Alexandra Docks for filling. George Wittet designed the buildings for this business district. He imposed an uniformity of style and design through the use of European Renaissance facades. Initially the amount of land reclaimed was thought to be much too large for the demands of the times. However, the area filled up by 1923. Even now, Ballard Estate remains a sought-after business address.
The proposed Alexandra Dock can be seen marked on the 1909 map of Bombay. It was completed in 1914.
It was renamed as the Indira dock after Mrs. Indira Gandhi, Prime Minister of India, in 1972. 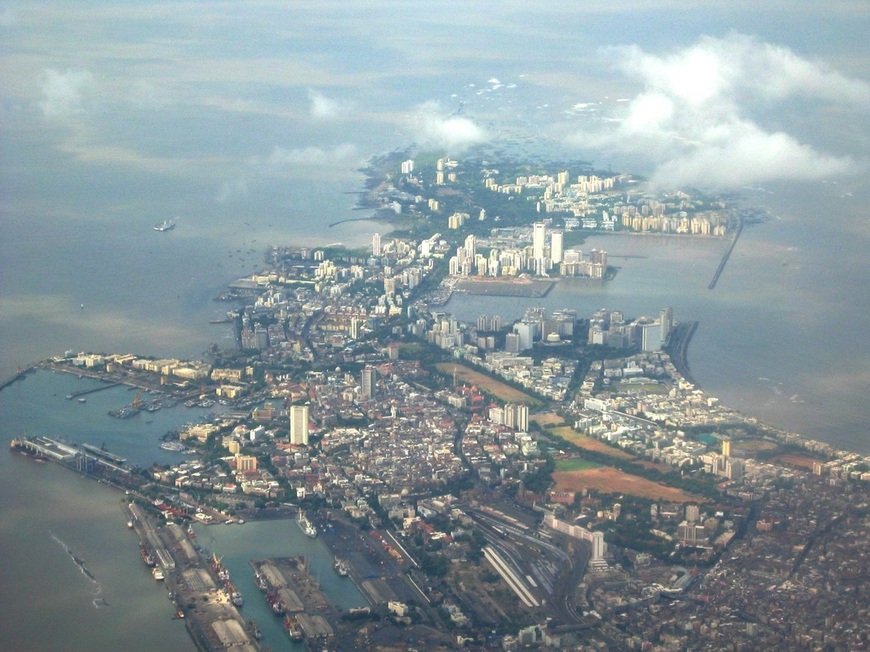 Acknowledgement Receipt of Rs. 20 on Nov. 7, 1949 by Ramzan Bibi sahiba with her thumb impression.
She was residing in village Mallah of Tehsil Zafarwal at that time.
His son Capt. Dr. Shah Nawaz Khan received the acknowledgment on Nov. 14, 1949 in Hyderabad, Sind,
where he was serving at the Combined Military Hospital.

Requesting prayers for an exalted station in heaven for the departed soul
by
Dr. Bashir Ahmad Bhatti
and
Dr. Shah Nawaz Khan

Dr. Shah Nawaz Khan and his wife Maryam Begum with the plaque of his mother Ramzan Bibi at the Bahishti Maqbara in Qadian, India in Dec. 1976.
She was buried in the Imam Sahib graveyard in Sialkot on Jan. 26, 1950 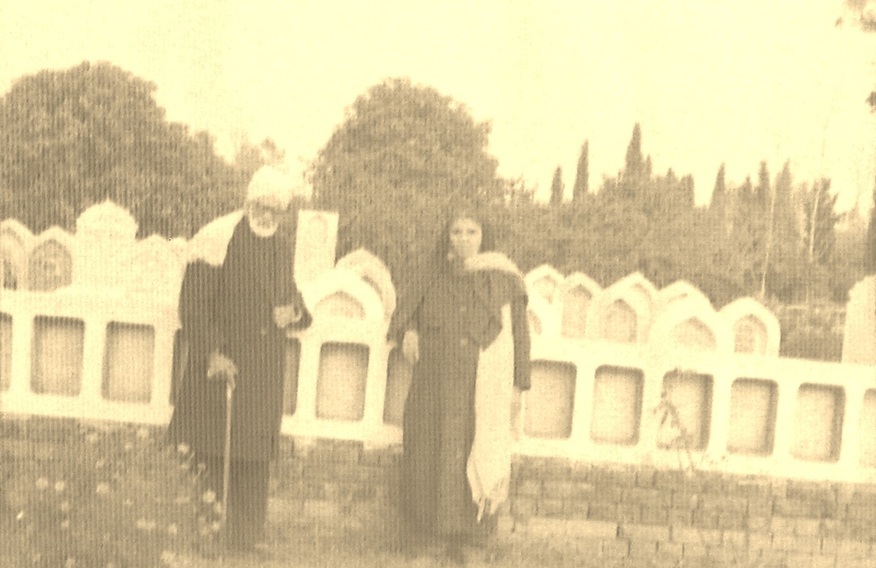